Bowlers represented Molesworth Bowling Lanes in the Five Pin Canada Cup Provincial Tournament in May of this year with 22 other teams. After  winning, they became the Southern Ontario Provincial Champs allowing them to go on and compete in the National Finals. The Bowl Canada Cup Nationals was held on July 5 to the 7th in Toronto. They competed against 7 other provinces and finished 3rd overall getting the bronze medal. 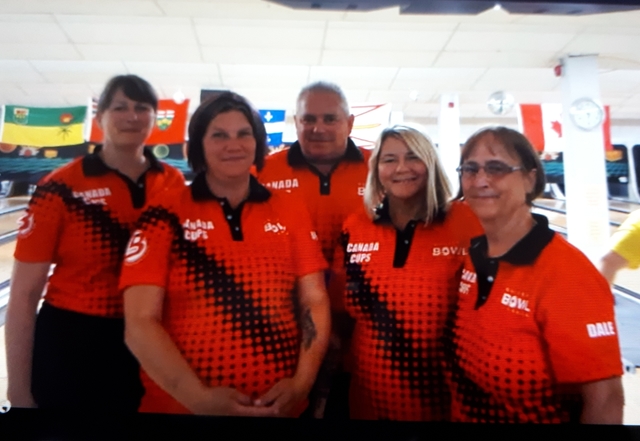 The team members starting from the left - Tina Purdy from Bluevale, April and Dave Hallam from Palmerston, Jan Medeiros from Cambridge and Dale Payne from Wroxeter.